Are African banks ready to take on the trade-finance market ? 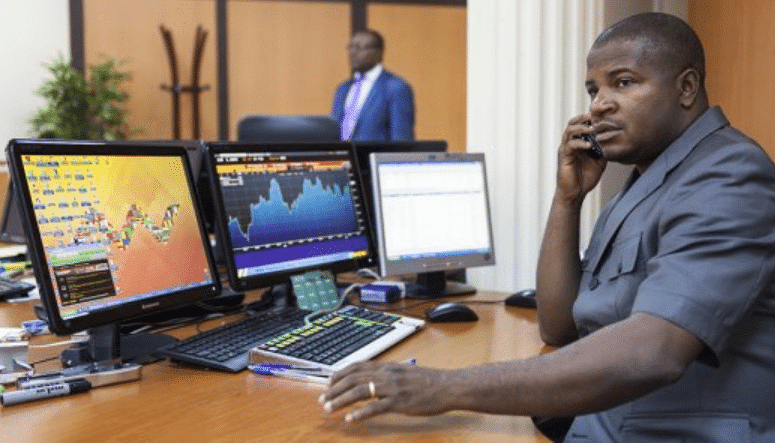 Are African banks ready to take on the trade-finance market ?

Pan-African groups, especially Moroccan ones, are beginning – little by little – to gain a share of the trade-finance market. They are gradually becoming more influential as they invest in financial inclusion, support entrepreneurs and take up digital innovations.

When a European or Chinese turbine exporter wants to be sure that he will be paid by his African client – who also wants to know if the goods are on the boat – or when a Kenyan flower producer wants reassurance that they have been paid by the Amsterdam-based wholesaler who wants to be certain that the roses are on the plane, they turn to their banks.

One bank for the importer, another to the exporter and a third ‘confirming’ bank issues and guarantees the letters of credit, document collection, etc.

Trade finance seems to have been relatively unaffected by the pandemic. “After a first observation, we felt that, overall, this type of business did relatively well compared to other banking activities,” says Yoann Lhonneur, Devlhon Consulting’s associate director.

“Some countries have been more affected than others,” says Blandine Gamblin, the head of trade finance for Africa at Société Générale, “but overall, the decline has been minimal and we expect a rebound in 2021.”

There is no upheaval, but there is a long-term trend of rising costs and complications – and it has nothing to do with the virus. “Trade finance has undergone a silent revolution,” says Lhonneur, “because we are witnessing a stronger adherence to compliance rules and their application, due to the tightening of anti-money-laundering standards, embargoes and regulatory requirements in terms of equity capital.”

African banks do not always have the necessary capital to take on the risk of some of the larger deals and therefore have to turn to the big international banks that sell their services at a premium.

Two solutions are emerging. The first comes from development finance institutions like Afreximbank and financiers like Oikocredit, which invests in financial inclusion. “We provide banks with either capital shares or senior loans,” says Ouloufemi Cédrick Montetcho, head of financial investments at Oikocredit.

“Ecobank has a financial department dedicated to SMEs that interest us, as well as agricultural cooperatives that do not have many assets and cannot afford to finance their production. Our margins are thin, and so our job is to provide the banks with the resources to do their job without having to be greedy.”

The second response is to support entrepreneurs who are a little lost when it comes to procedures and financing. “SMEs are a very important part of our strategy,” says Gamblin. “We started creating ‘SME Houses’ back in 2018. We now have eight of them (Senegal, Burkina Faso, Côte d’Ivoire, Benin, Ghana, Cameroon, Guinea Conakry, Madagascar), and a ninth will soon open up in Mozambique. Whether or not they are Société Générale customers, SMEs and micro-enterprises can get expertise and advice from local partners (audit firms, consultancy firms, chartered accountants, etc.) that will help them draw up a business plan, a strategy and a financing plan, which will in turn allow them to develop their export or import development projects.”

African banks will be more comfortable with developing trade finance than their international competitors once the African Continental Free Trade Area (AfCFTA) becomes a reality and intra-African trade finally takes off.

Société Générale also works with BPI France, which supports entrepreneurs who are exploring new markets, and with Proparco within the context of risk-sharing agreements on trade-finance instruments. “Africa is a great source of growth for us,” Gamblin says. “In terms of innovation, we have developed a ‘Green Trade Finance’ offer with eligibility criteria, some of which has to do with the import of solar panels, that we are currently presenting to our clients.”

Digital innovation is also part of the solution. “Trade finance is paper intensive, so we already offer alternative solutions, such as the We.Trade digital platform in Europe, which uses blockchain technology and could be one of Africa’s next areas of development. This platform enables end-to-end processing of a trade negotiation, from the start of the trade contract to settlement. Komgo, which is another digital platform specialised in trade finance and used in Europe by more than 160 companies and 40 banks, is currently being tested in some of our African subsidiaries,” says Gamblin.

Using cryptocurrencies such as Bitcoin to facilitate payment and contract settlement does not seem to appeal to banks. They are more concerned with upgrading the standards of the SWIFT interbank payment system to the ISO 20022 standard by 2025.

Finally, “the African trade-finance market has great potential,” says Lhonneur. “The players are well established, as they have made their debut in the commodities trade. Asia’s influence is becoming stronger, which is pushing continental banks to expand their presence in East Africa and English-speaking Africa.”

African banks seem to be benefitting from favourable trends. First, there is the phenomenon of derisking, which dissuades certain large banks from financing contracts that are deemed too complicated, for example DRC-linked contracts. “Smaller banks are taking advantage of this,” says Lhonneur.

This has also resulted in some large institutions, such as BNP, closing shop on the continent. African banks are taking their place. To reduce costs, they are opening offices in London and Paris.

According to him, the ‘champions’ of trade finance with Africa can be divided into several groups. One group consists of European banks such as Société Générale and CACEIS (Crédit Agricole) as well as their subsidiaries in the European trade corridor. Another group comprises large US banks that control the US corridor such as Citi and JP Morgan. The Asian corridor is dominated by Standard Chartered, HSBC, ICBC and Mitsubishi.

And finally, there is the group made up of large African banks, often Moroccan, such as the BMCE, Ecobank, BCP, Attijariwafa and Absa, which are gradually becoming more influential on the international scene. They are less afraid of dealing with Chinese exporters and importers even though they have been threatened with US and European sanctions.

Above all, they will be more comfortable with developing trade finance than their international competitors once the African Continental Free Trade Area (AfCFTA) becomes a reality and intra-African trade takes off.